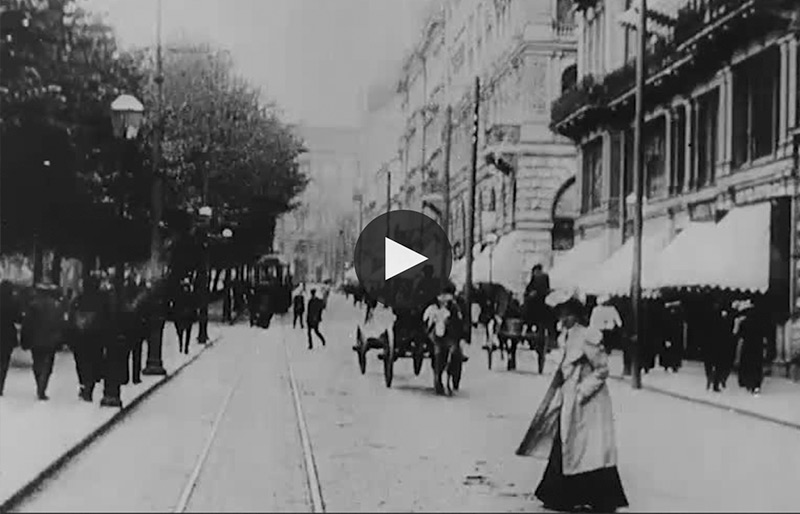 Photo: KAVI  The oldest film recording from Finland and Helsinki.

The task of the Radio and Television Archive (RTVA) of the National Audiovisual Institute (KAVI) is to preserve Finland's radio and television culture for future generations. The archive contains the recordings of Finnish radio and television programmes since 2009 (including teletext). A public view (https://rtva.kavi.fi/) with a database search function has also been added to the service.

CSC has designed and implemented the back-end system for the archives and integrated the service into the system in cooperation with the provider of the radio and television stream. The back-end system consists of data connections and equipment, live streaming with a server, and disk and tape storage archives. CSC also takes part in the quality assurance and monitoring of the recordings. CSC supplies the maintenance and development services for the service.

Digital Warehouse is a KAVI service for researchers working at the institute. Its purpose is to preserve Finnish cultural heritage in digitised form. Elonet is the publicly accessible part of the Digital Warehouse: http://www.elonet.fi/fi. In Elonet, you can also view digitised films and documents.