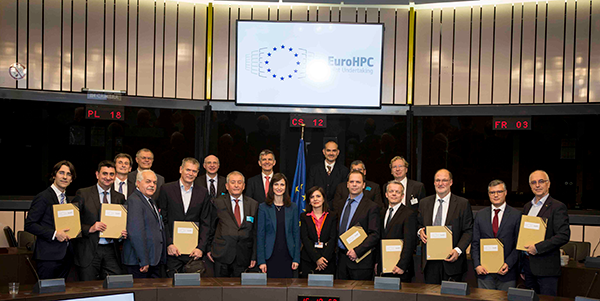 European High-Performance Computing Joint Undertaking, EuroHPC JU, and CSC – IT Center for Science Ltd. signed today a Hosting Agreement about hosting one of the three pre-exascale supercomputers in CSC's datacenter in Kajaani, Finland. 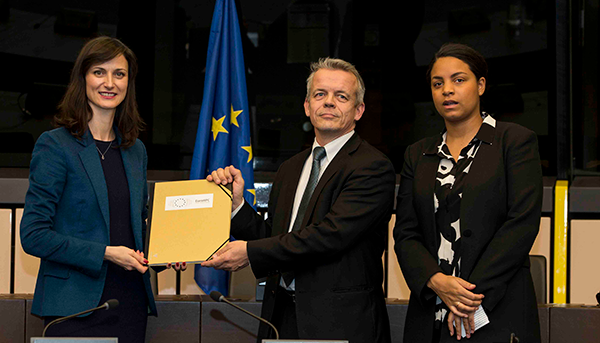 In June 2019, EuroHPC JU decided to place one of the pre-exascale supercomputers to CSC's datacenter in Kajaani, Finland. The agreement signed today seals the hosting one of the EuroHPC's pre-exascale supercomputers, called LUMI, in CSC's datacenter, in collaboration with the LUMI consortium. The countries involved in the LUMI (Large Unified Modern Infrastructure) consortium are Finland, Belgium, Czech Republic, Denmark, Estonia, Norway, Poland, Sweden and Switzerland.

– The LUMI consortium is a unique European collaboration in which nine countries are investing to a common system. The world-class expertise of the LUMI consortium added to CSC's comprehensive service concept and environmentally sustainable datacenter in Kajaani, Finland are the cornerstones of the consortium. We are especially proud about the confidence these countries have shown for CSC by joining the forces with us and we will do everything to be worth of this trust, says CSC's Managing Director Kimmo Koski. 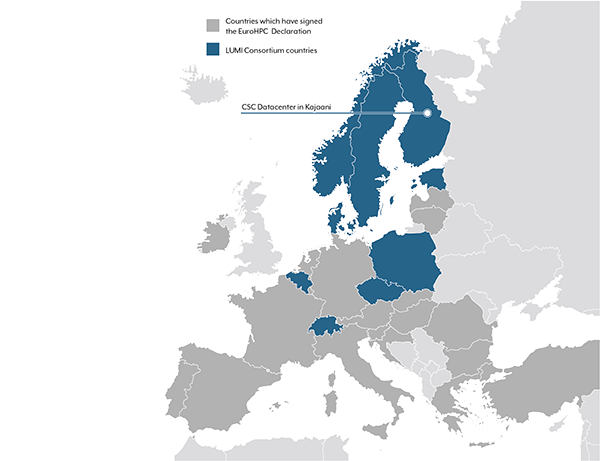 LUMI will be one of the world's best known scientific computing instruments for the lifespan of 2021–2026.

The supercomputing and data infrastructure at CSC's datacenter in Kajaani will help position Europe as one of the world leaders in supercomputing, enabling European researchers to access world-class computing resources. Computing power is required in leading-edge research in a wide range of disciplines, such as climate, pharmaceutical and cancer research as well as artificial intelligence.

The state-of-the-art computing resources will also lay grounds to carry out research in areas, which have previously been out of reach, and increases the possibilities for scientific breakthroughs with immense societal impact, such as understanding climate change. The new data management and HPC infrastructure will lay grounds for innovation and new data-based business opportunities in areas such as platform economy and the development of artificial intelligence.

LUMI will start its operations in the beginning of 2021.