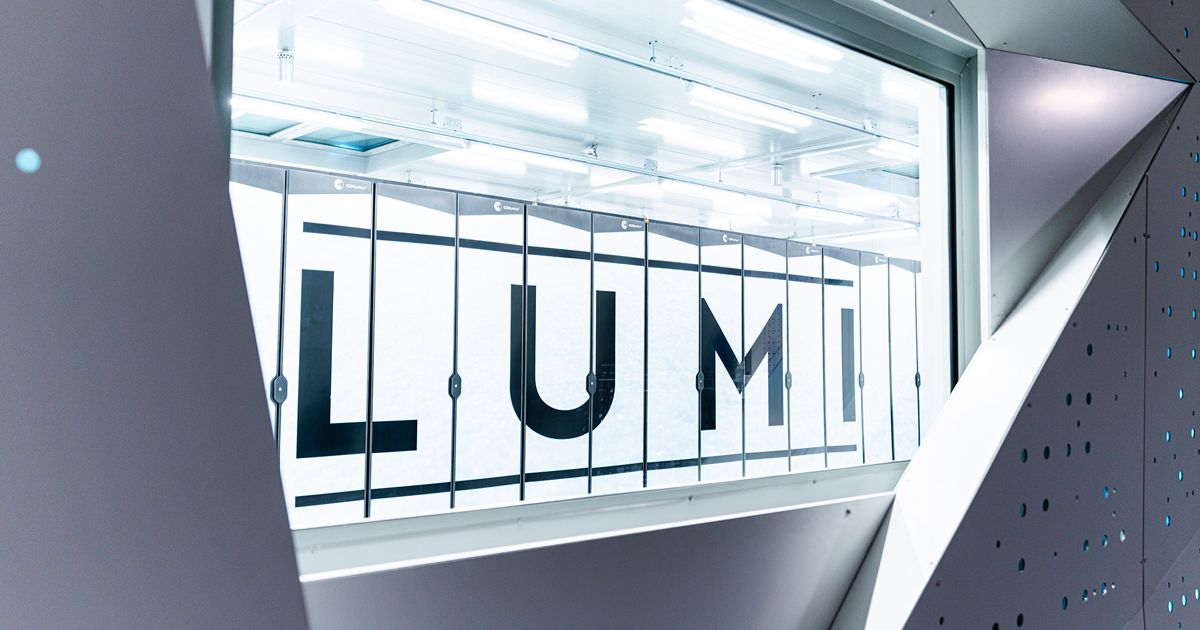 The second batch of Finnish research projects to utilize LUMI, Europe’s fastest supercomputer, have been chosen and are running on the system using its massive GPU capacity. The projects are, for example, advancing the Finnish speech model and shedding light on the research of cosmic strings.

The resources were granted in the Second Finnish LUMI Extreme Scale Call, which shared resources from Finland’s country share of the LUMI resources.

The accepted projects are:

This project will create a pre-trained open-access speech model for the Finnish language. Previously, the Finnish automatic speech recognition (ASR) systems have used multilingual pre-trained models, but empirical results show that monolingual models provide better performance in applications like ASR. The model will have interdisciplinary value, and the researchers foresee that it will improve, e.g., the position on Finnish academic research and enable studies of spoken material such as interviews and meetings recordings through improved accuracy of automatic speech transition.

Cosmic strings are, based on some theories, an expected consequence of early Universe phase transitions. This project seeks to explore the validity of approximations and seeks an answer to a long-standing disagreement between the main types of string simulations. The detection of cosmic strings is a primary target for ESA’s future space-based missions, such as the CORE satellite or the gravitational wave detector LISA. The expected outputs of this work will not only be interesting to the string community but will also be useful for future confrontation with observational data, as its results will directly lead toward a better understanding of the expected signals of string networks and the basic theories of physics.

This interdisciplinary project aims to scale up current state-of-the-art vision-language models for multi-modal data analysis and processing. The used models are based on the transformer model and other recent attention models that are able to find semantic correlations between inputs of complementary modalities. The application areas include various tasks in the vision-language area, including image and video captioning, visual question answering, and visual reasoning. The interdisciplinary value of the project follows from its applicability to numerous application areas, including media analysis and movie studies. In addition, applying the methods to remote sensing data will facilitate research in environmental studies, biodiversity and forestry.

The Sun exhibits magnetic fields on scales ranging from its size all the way down to the smallest observable scales and probably below. This project attempts to model at which level, for example, in terms of the kinetic energy of turbulence, small-scale dynamo-generated magnetic fluctuations saturate solar and stellar convection zones. During the LUMI-G pilot, the research group looked for evidence for such dynamo action being possible in turbulent convection, but the next unsolved question is how strong magnetic fluctuations such dynamos can generate. These have direct impact, e.g., on space weather.

The next Finnish LUMI Extreme Scale Call will open in spring 2023.