Researchers from CSC – IT center for science, Aalto University and Åbo Akademi and their collaborators from Boston University in the USA have for the first time demonstrated how the noise impacts on quantum computing in a systematic way. The results are published in the prestigious journal Physical Review Letters. 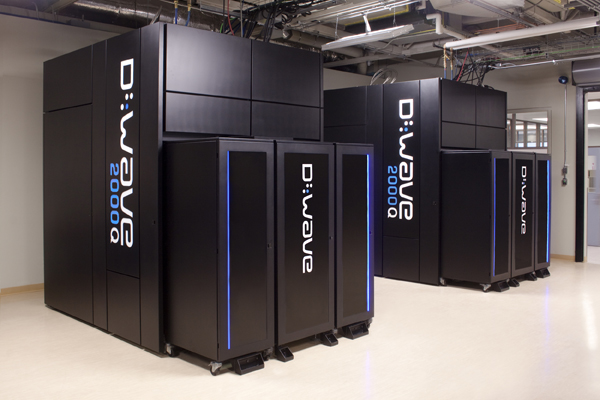 In a classical computer, all data are broken down to sequences of bits taking the values 0 and 1, and these two values correspond to "on" or "off" states of the millions of tiny electronic switches in the computer's processing unit and memory.

According to the principles of quantum mechanics, the concept of a bit can be generalized to a "qubit", the state of which can be both 0 and 1 at the same time and in many different ways (a superposition). A quantum computer can be built using a large number of these qubits, which have to be programmed using completely new algorithms and languages. A quantum computer may in principle be able to solve problems that are practically impossible to solve on a classical computer - for example, designing new molecules or materials with desired properties by calculations at the atomic and electronic level (which itself requires the use of quantum mechanics).

From having been a theoretical concept explored mainly in university laboratories, quantum computers are now rapidly emerging on the commercial scene. The available machines are still largely experimental, and are used by companies and research institutions to explore potential applications and prepare for the anticipated era of "quantum supremacy" (meaning that quantum computers become more powerful than classical ones, at least for some problems).

The qubits are very sensitive to noise

A major challenge is that the qubits are very sensitive to noise that quickly can destroy their quantum superposition states. Even if the devices are cooled to just a fraction of a degree above the absolute zero of temperature to minimize the noise arising from the thermal environment, the life time of the superposition states is still very short, often less than a microsecond.

With a type of quantum computer produced by the Canadian company D-Wave systems, certain optimization problems can be solved by the principle of quantum annealing. Here the quantum property of the qubits is gradually changed in such a way that they eventually "quantum freeze" into solution of the problem programmed on the device. However, this process is sensitive to noise in a way that is not well understood.

Now a team of researchers from three Finnish institutions (CSC, Aalto University, and Abo Akademi University) and their collaborators from Boston University in the USA have for the first time demonstrated how the noise impacts a calculation in a systematic way. By varying the time over which the quantum property of the qubits is changed (from microseconds to milliseconds) and studying different numbers of coupled qubits in a D-Wave device, they were able to confirm a general principle of defect creation (meaning errors in the calculation).

According to this principle, a longer computing time should give a better result, but the researchers found that the noise negatively affects the results more if the time is longer. They explained this behavior by a mathematical model, which will be a useful tool for diagnosing future quantum annealing devices and to find the best ways to operate them.

According to team member Anders Sandvik (Boston University), quantum annealing devices may soon become important tools for simulating quantum behaviors of matter, once the amount of noise is further reduced.

– Quantum computing is rapidly evolving, and CSC is planning additional projects to promote the building of strong Finnish competence in this critical forefront-area of science and technology.