Seija Sirkiä is the first expert at CSC with the title of Data Scientist. In the early summer, she participated in ICCSS2015, the International Conference on Computational Social Science, which was held at the Finlandia Hall in Helsinki. There, she learned that social science has found a new 'telescope' for computational methods. It is CSC's task to maintain it and advise researchers how to use it. Photo: Aalto-yliopisto/Mikko Raskinen

In June, I took part in ICCSS2015, the International Conference on Computational Social Science. During a coffee break chat, I told one of my colleagues that listening to the presentations confused me. I said that I simply couldn't understand what was the established body of knowledge that all the new research results presented by the speakers added to. I felt that it was all separate anecdotal data about what happened when a group of people were made to play social games in a laboratory.

Then I started to listen to a book by one of the keynote speakers, Duncan Watts, Everything Is Obvious Once You Know the Answer. Watts' physicist friend (Watts himself was originally a physicist, too, and on the basis of my conference experience so are many other computational social science researchers) had complained that this field of science lacks a proper general theory. Watts explains that social scientists are well aware of this and that researchers in the field suffer – or have suffered – from "physics envy". Researchers have proposed several unifying theories, but they do not work. Watts quotes Robert Merton, who has sought to discourage attempts to search for such a theory: thus far there has been no Einstein in the social sciences, because we have not had a Kepler in this field, let alone a Newton.

"Thus far there has been no Einstein in the social sciences, because we have not had a Kepler in this field, let alone a Newton."

(This issue is also addressed by Massimo Pigliucci in another book, Nonsense on Stilts. Physics has made such great strides and even defined what we think good science should be like, because it got off to a flying start! Building on many centuries of research, it has been easier to gain new knowledge and make better discoveries.)

But we may now be on the brink of a new era. This sense of excitement was strong at the ISSCC2015 conference. After all, this was the first event of its kind and many highly esteemed gurus were present. The game changer is that social scientists now have access to completely different kind of data than before. Facebook, Twitter, Mechanical Turk and other means enable scientists to carry out research on a far greater scale than their social laboratory games of the past. It is not a question of scale alone: the data is entirely different in kind and comes from a new source. This goes beyond social media. All kinds of other data are also being collected. This data can be used in social science research – as long as you understand how. For instance, in his presentation, Joscha Legewie examined the regional distribution of calls to the U.S. 311 non-emergency municipal services number in the context of ethnic tensions.

"This goes beyond social media. All kinds of other data are also being collected. This data can be used in social science research -- as long as you understand how." 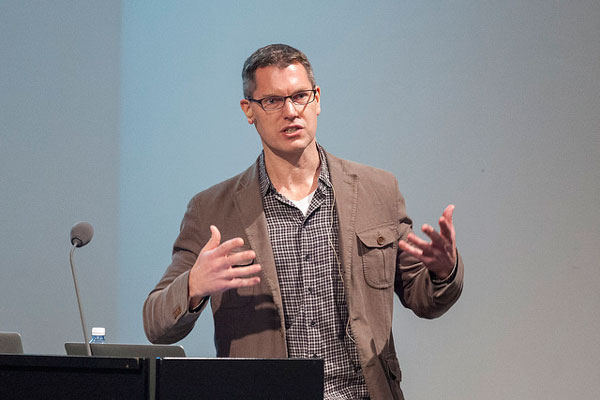 During a panel discussion at the conference, Watts noted that earlier scientific revolutions were revolutions in measurement techniques. In his book, he expands on this topic, explaining that of course this does not mean that we will now finally discover how people work together and how to solve social inequalities, poverty and other such issues. It might be that these problems will never be resolved, no matter how much data we harvest from the Internet, and not even if we achieve basic theory results. We also have to keep building on prior work. After all, resources are still being allocated to genetics research, even though people have expected – in vain – that the discovery of the structure of DNA would lead to cures for all diseases. This research has nevertheless yielded a great variety of results. We should try to do the same with regard to issues such as urban poverty, financial development and public education. And it is now possible to measure things that could not be measured earlier.

"Researchers must still know where to target their efforts and especially know how to interpret their discoveries. But we'll ensure that the technology is in good working order."

According to Watts, Merton was right: "Social science still has not found its Kepler – but we have finally found our telescope." And if this is the case, CSC's task is quite clear: we will grind lenses for this telescope, keep them clean and ensure that the focusers are in good condition. We will advise researchers on how to make observations with this telescope. Researchers must still know where to target their efforts and especially know how to interpret their discoveries. But we'll ensure that the technology is in good working order.

In plainer language: We seek to ensure that a lack of familiarity with technology does not pose an obstacle to research involving information technology and data in the social sciences and humanities. Physicists have been using similar services for a very long time. They have experience-based knowledge and thus know how to ask questions and make demands. That tradition is still missing from the digital human sciences. 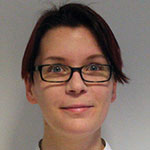 Seija Sirkiä
Depending on the day and situation, the author is either a statistician or data scientist who dreams of gaining a good general knowledge of methodological and technical issues in science and research. For the time being, it seems that she can best achieve this by providing advice to other people.