"We can develop
as a society
and move towards
a better world."
Curious about interaction
Methodology researcher Krista Lagus trusts in the power of curiosity. It led her to study discussion forums, so that people could listen to each other better.

Methodology researcher Krista Lagus trusts in the power of curiosity. It led her to study discussion forums, so that people could listen to each other better.

In the hustle and bustle of the Helsinki morning rush hour, a tram bumps and rattles along the tracks with a mass of passengers swaying to and fro in its crowded corridors. Krista Lagus, 46, is also sitting on board, on her way to work. For a moment, Krista shuts out the surrounding noise and meditates, focusing on her coming day at the University of Helsinki.

Krista is a methodology researcher, and is currently working in content research. She analyses large quantities of digital materials and develops a variety of programming methods for them. These digital materials could be, for example, people's online discussions. Krista is trying to make interesting observations on human interaction and the topics that are discussed – and what these can tell us about what's on people's minds in our society.

Lagus and her team are currently studying discussions in the Suomi24 forum as part of the Citizen Mindscapes project.

Krista got involved in this study because she is interested in everyday interaction and people's personal experiences, and in particular how they feel about their lives and how they work together to find solutions. Her goal is to increase understanding and awareness between different parties, so that different sections of the population can listen to each other better. We would then be one step closer to Krista's dream: world peace.

"There are tones to people's speech that indicate the divisions and polarisations that are occurring in society. I feel that different social groups no longer listen to each other that well. Leaders and decision-makers don't know what the general public's life is actually like," says Krista.

According to Krista, this can be seen in, for example, immigration criticism and the popularity of the Finns Party.

"For some, all this stems from us not listening to each other in times of trouble."

A variety of steps echo along the corridors of the old university building: rhythmic steps that know exactly where they're going, tired feet dragging themselves along, and slightly lost ones looking for the right door handle.

Krista's steps are taking her towards a familiar room. One of the cubicles in the large open office is home to Krista's thoughts in a variety of formats: handwritten notes, post-its, and various research materials. She took many exciting twists and turns to reach this point.

Krista has been interested in the world's oddities ever since she was a child. When her teacher asked what she wanted to be when she grew up, Krista's assured answer echoed around the classroom: "I'm going to be a researcher." At that time, Krista was interested in space, literature, and human psychology. She read everything she could get her hands on.

Krista didn't become a researcher by chance, but the kind of research she ended up doing has been influenced by her life – she's been following a winding road, letting her curiosity lead her where it will.

"It was hard for me to choose a subject to study, as I was interested in such a wide range of things. I considered medicine, business school, and natural sciences, but for some reason I ended up at the (then) Helsinki University of Technology."

Krista chose technical physics, and it wasn't long before she found herself on a scholarship in Georgia, USA. A whole new world opened up to her there – she went from living in her childhood home to living the life of an independent twenty-something. And she soon met many new faces on her 400-student campus. This new environment inspired Krista to try something new. She spent a year focusing on humanities – psychology, philosophy and political science.

One lecture series in particular stuck in her mind. The topic of one of her philosophy lessons was determinism. The lecturer argued that humans do not have free will. This theory seemed so watertight that Krista's eyes welled up and she left the lecture in tears.

The following lecture refuted the previous argument, but Krista's own philosophical musings had already had a major impact on her.

Krista changed direction many times during her studies, but believes that it was this freedom to choose and find the right path that led her to her final research topic.

"I did the things that interested me. They eventually led me to what I was ultimately interested in: how people learn and develop."

So Krista decided to study neural networks, which were also the subject of her doctoral thesis. And then her life changed.

Krista would sometimes work late into the night. However, her rhythms had to change when three tiny rascals appeared on the scene within the space of five years. Her days were now filled with a different kind of work – motherhood. This major and demanding life change finally wore Krista out.

She was researching while the children were small. Her exhaustion started to manifest itself as memory problems, and the theses she needed to check starting piling up in wonky heaps on her desk. Eventually, a colleague suggested that maybe they shouldn't change their research topic at every meeting. It was a wakeup call for Krista.

"I couldn't really remember anything much about our last meeting, and I may well have been suggesting new directions for research every time. Daily life at home was tough, as I was suddenly finding it difficult to see how I could cope on a shopping trip with three children in tow. Who I needed to dress and take to the loo," Krista remembers.

"Up to that point, I'd lived as a completely independently functioning human being. Burnout hit me as a mother. It made me start thinking about well-being in a whole new way."

Krista decided to seek help from the state healthcare services, but peer support groups and other discussions ended up being the most beneficial.

"Through them, I found a better way to improve my own wellbeing. And through my own experiences, my interest in early interaction in particular also grew. This brought new dimensions to my research and thoughts on human interaction. I once again had a clear idea of what I wanted to study next. As a result, a research topic was born later on that dealt with virtual empowerment."

One of Krista's greatest tools in improving wellbeing is meditation. It prepares her for her working day and research, and also for making major decisions. Moving meditations, yoga, t'ai chi and nature walks play a big part in Krista's daily life.

"It's also important for me to have working relationships. When we get on well together as a family, hug a lot, and listen to each other, everything in life goes more smoothly. It's important to focus on interaction – even at work."

Krista stresses that a large part of research is cooperation.

"In a way, all scientific results are a joint effort, as you're largely building on what others have done before you. We all rely on each other." 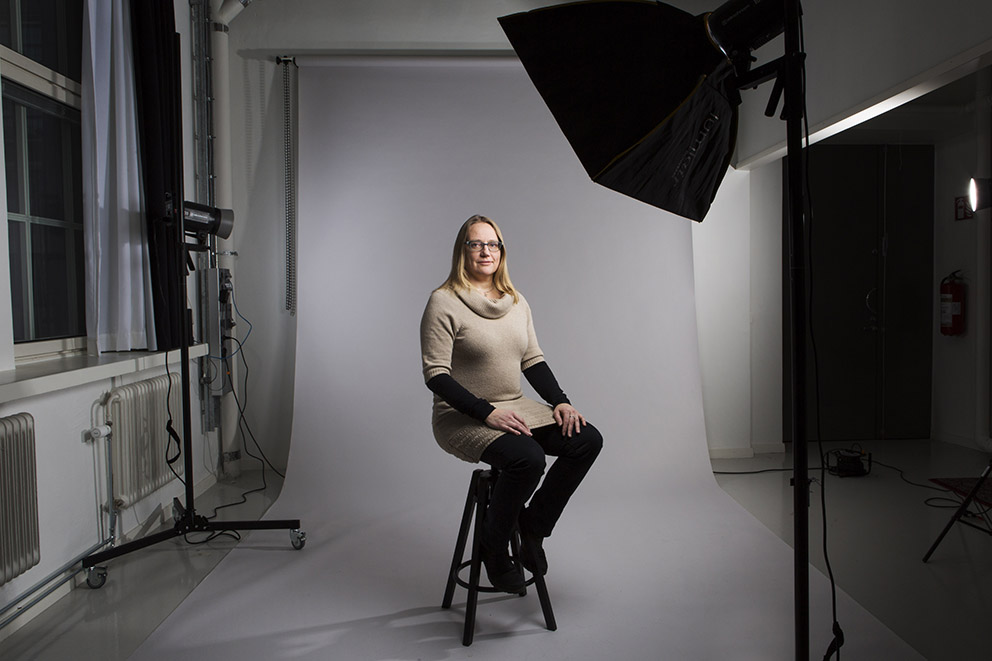 Towards a better world

Krista's experiences led her to study interaction – currently through discussions in the Suomi24 forum.

"I was surprised by how large a role Suomi24 plays as a forum for expressing sorrow. People pour out a lot of feelings and receive support from others."

Krista points out that the number of young people trying to come to terms with their feelings through discussion has risen over the last five years. The research team focused on anger-related vocabulary after noticing a clear rise in its use among young people.

"Young people are discussing how to cope with their own feelings of anger. It's not a case of spitting out hate at others," Krista explains.

This important research topic has also received praise and recognition from, for example, Helsinki Challenge, a science-based competition and idea accelerator. This naturally pleases Krista a great deal.

Krista is motivated by the study of important, topical subjects about being human. She thinks that discovering this inner motivation is very important for researchers. It's also a continuous core challenge for many researchers: what do I really want to do and study? The research topics that are important to Krista are linked to curiosity and the things that touch her in particular.

Discussion forums are characterised by the freedom to say whatever you please. For Krista, that is also one of the greatest riches that research has to offer – freedom. Freedom to study what is and what could be.

"In this way, we can develop as a society and move towards a better world," Krista says, smiling.

In that world, people would have a better understanding of what occurs during human interaction – and also of the consequences when that interaction is missing.

Familiar steps once again echo along the university corridors. They don't drag, they're not lost, even though they are looking for the right path. From time to time, they pause to wonder at the surprising things they encounter on the way, but most of the time they walk determinedly onward.

In these steps, there is the echo of a better future. An echo that is leading us closer to Krista's dream – world peace.