Editors
Suomeksi In English
Back

CSC Summer School in HPC is a unique mix of relaxing, sports, and of course getting to know the mysteries of high-performance computing.

The students at the summer school in high-performance computing are very enthusiastic. When you speak with them, it soon becomes clear that the course definitely serves a purpose. Meridith Joyce, who studies at the prestigious Dartmouth College in New Hampshire, USA, was eagerly looking for a suitable course in the States, but without result. The available courses either focused on the wrong programming language or were only a few days long. 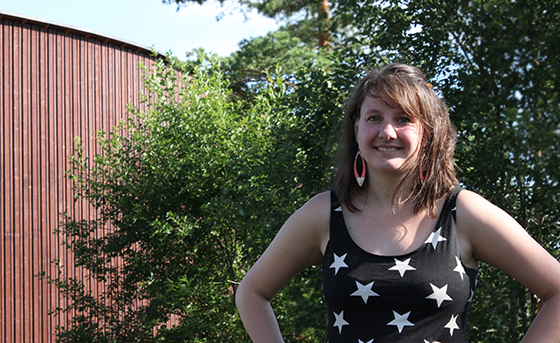 Meridith Joyce from USA ended up in Finland after a long search. HPC Summer School was a pleasent surprise.

Internet searches for "HPC", "parallel programming" and "Fortran" almost enticed her to fly to Germany. However, such a long trip for just a few days of teaching wasn't appealing.

"I kept coming across CSC's Internet site. At first, I was a bit sceptical because I didn't know anything about CSC or Finland. But everything I read sounded exactly like what I wanted."

This PhD student in astronomy and physics, who's now enjoying a warm summer day in Nuuksio, Espoo, has not regretted her decision to come to Finland one bit.

"I'm shocked – in a good way. I didn't know hardly any of the terminology used in high-performance parallel computing. But this really seems to be exactly what I need for my project – the summer school has even surpassed my expectations.

"When I arrived, suffering from jetlag, I first thought that it wouldn't be necessary for me to participate in everything. I planned to have a nap during some of the lectures. But it has all been so useful that I've forced myself to stay awake. And I've spent almost all of my available time studying," says Joyce with a laugh.

From almost nothing to proficiency

And the hours rack up. This week-long summer school is run on a tight schedule. The first lectures begin early, at nine AM. Then there are exercises, followed by a bit of sports, and then some more lectures and exercises. 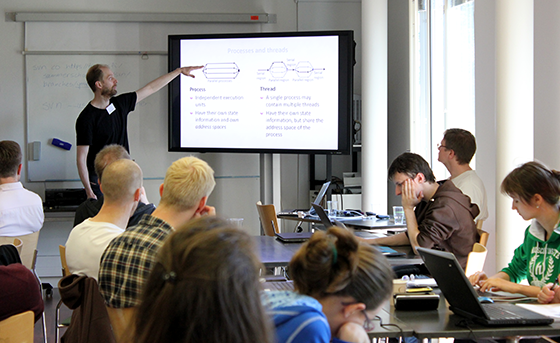 "When eight PM comes around and it's time to hit the sauna, some of the students really don't want to stop coding. That tells you something about how much they really want to learn," says Jussi Enkovaara, Training Manager at CSC.

The summer school has a long tradition. The high-performance computing retreat was now held for the seventh time. Nothing quite like it is available anywhere else in Finland.

During the week, they gain comprehensive knowledge about parallel computing and everything else that they need to use supercomputers in research and modelling.

An unusual package of physical exercise, relaxing and high-performance computing

This was the impetus for the summer school concept: to create a course for computing science researchers that would provide a unique combination of relaxation, physical exercise, leisure and, of course, intensive course content. The content is suitable for postgraduate students, postdocs and those in the final stages of their master's, for instance. 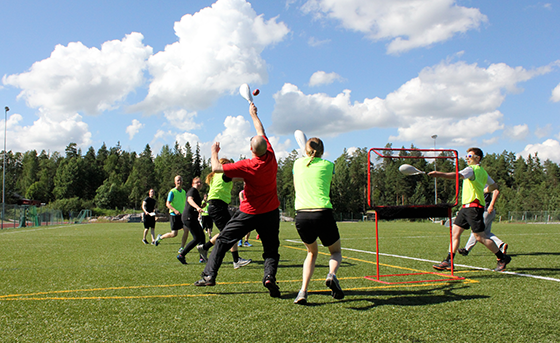 Wednesday was a Fast scoop day.

"It's for young researchers who need high-performance computing methods in their own research."

There's no need for prior knowledge of high-performance computing. It is hoped that the participants can work fluently in a Linux environment and are generally well-versed in computer use. Prior programming skills are also beneficial, but not a requirement.

"We wanted to start out from a rather basic level so that the school can serve as large a group of researchers as possible. Supercomputers are truly general-purpose research instruments – but to properly harness their power, you need a dedicated toolbox of skills. We offer students that toolbox," says Manninen.

And there's no end in sight, promise Enkovaara and Manninen. As in previous years, the 2016 camp has been very successful and the students have provided encouraging feedback.

"We've got a good group this year. It's been very pleasant and we've seen good learning curves. The students have worked hard and it's been a lot of fun," says Manninen. 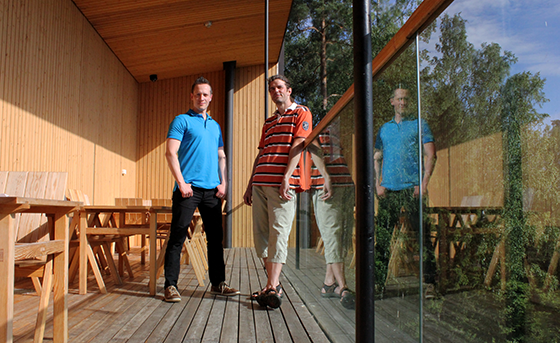 Senior Application Specialist Pekka Manninen and Training Manager Jussi Enkovaara are happy with the outcome of the 2016 Summer School, and believe there will be a similar event next year too.

When time has meaning

It's easy to believe that's the case when you watch the duo banter. They're roommates at the summer school. Although they met here for the first time, they already talk as if they are old friends. They have only a moment of free time after lunch before the next lecture begins.

"I wouldn't have believed that I could be simultaneously so relaxed while getting so much done," says Bulmer, who studies physics at the University of Helsinki.

Even though the students have a lot of work on their plate, they can always turn to the course instructors, even outside lectures.

Both of them need to learn about high-performance computing for their theses. Various kinds of simulations – such as about cosmic strings or quantum fields – play a key role in Bulmer's research.

George Bulmer from England and Billy Braithwaite from Finland shared a room during the camp.

"They are mathematically much too complicated to be done on paper. You have to carry out simulations to obtain more information about their characteristics. Without parallel computing, it would take far too long to achieve significant results. I'll definitely start using all that I've learned immediately once I get back," says Bulmer.

Braithwaite studies scientific computing in Jyväskylä. His thesis is full of parallel algorithms, so he wanted to learn more about high-performance computing and programming.

"When I saw Fortran programming in the course schedule, I was really interested. I already knew a bit of C coding, but decided I should give Fortran a go. It's been a rather positive experience," says Braithwaite.

"Whatever computer you're coding for, you need to know a lot about its architecture to do a good job."

"It's definitely worth it."

All in all the two lads have been very pleased with the course. They think that the examples and exercises have been excellent.

"In terms of the practical arrangements, this is the best summer school I've ever attended anywhere," says Bulmer.

The only thing the two of them would've wanted more about is GPUs.

"So, the course isn't exhaustive. But I reckon that GPU programming could be the topic for an entire summer school. I'd say that the course covers everything it can in such a short time," says Braithwaite.

The post-lunch break is almost at an end. The friends continue to chat amiably as they get ready to go back into the cool classroom. They're glad to hit the books again, they say. The tight schedule is no problem at all, because the content is so engaging. For those thinking about enrolling in the summer school, the roommates give a thumbs up:

"Absolutely. If you're interested in supercomputers or parallel computing, it's definitely worth it. And even if you aren't, it's a lot of fun regardless." 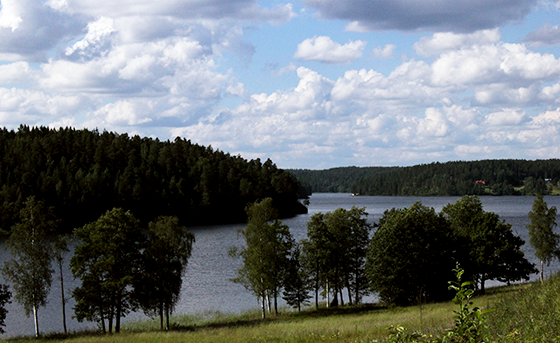 ► Was organised for the seventh time in Nuuksio, Espoo

► A seven-day introductory course on programming and systems used in high-performance computing, which also includes plenty of leisure-time activities and sports such as ultimate, lacrosse, rowing and bathing in a sauna

► Students sleep in one- or two-person rooms

► Well-suited for students in different fields of science, postgraduate students and researchers who are just starting out and who use high-performance resources in their work

► Teaching is in English