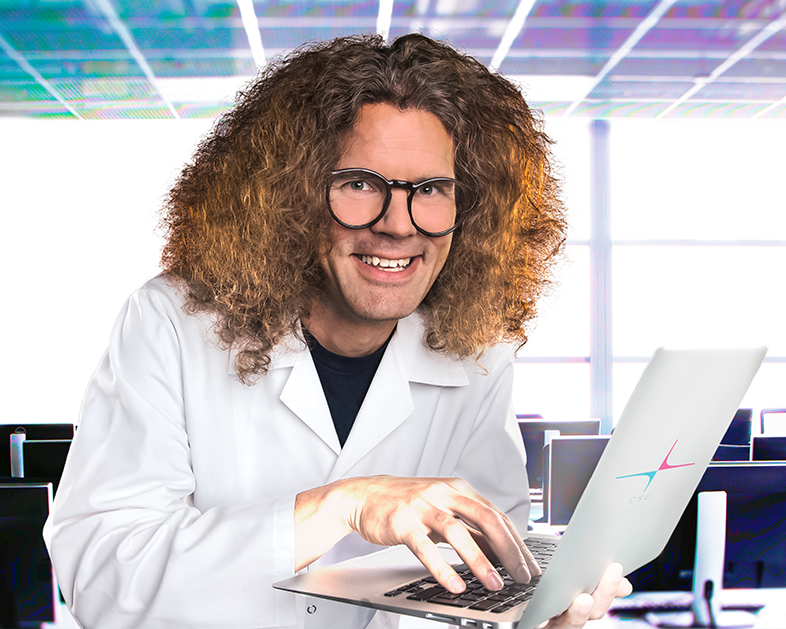 "CSC arranges more than 100 training events for its customers each year and my task is to manage these activities. In my previous work at CSC, I was responsible for coding supercomputers.

I have a background as a physicist and I already became familiar with CSC's supercomputers after my third year of study when I had a summer job in the physics laboratory at what was then known as the Helsinki University of Technology. In my dissertation, I studied atomic-level phenomena using computer simulation, which means that I was using CSC's computing services in my daily work.

I had just returned to Finland after two post-doc years when I noticed a job advertisement by CSC in the daily Helsingin Sanomat. As far as remember, CSC was seeking 'a person that had a doctoral degree in solid state physics, is a specialist in density functional theory and has programming experience'. It was a near-complete match, in fact the only thing that was missing was the requirement that the applicant has 'Jussi' as his first name. Job advertisements for physicists are fairly rare in Helsingin Sanomat, so I felt that I had to apply. I did and here I am, still on the same path.

"My work at CSC has always been very international. Coding of a computer program is a project involving people in different parts of Europe and the United States and in my current job at CSC I am also in charge of the European-wide training in high-performance computing."

For the first ten years or so, I worked as an expert in high-performance computing at CSC. My main task was to code physics simulation software so that the thousands of processors contained in supercomputers could be used more efficiently. Naturally, in this job I was able to use the competence that I had acquired in my studies and research work every day.

In my current job, I am more involved with people than with machines and my work as 'a bureaucrat' has given me a fresh new perspective on information technology of science. My work at CSC has always been very international. Coding of a computer program is a project involving people in different parts of Europe and the United States and in my current job at CSC I am also in charge of the European-wide training in high-performance computing.

The best thing at CSC during all these years have been the colleagues. It has been a great thing to work with so many people that are both extremely smart and extremely nice. CSC provides a number of unique opportunities. For example, in my own cooperation projects I have been running software in the biggest Finnish supercomputers, as well as in supercomputers that are among the most powerful in the world."