CSC's trainings and events have moved

Find our upcoming trainings and events at www.csc.fi.

This site is an archive version and is no longer updated.

CSC Summer School in High-Performance Computing 2015
Additional Information
For further information, do not hesitate to contact courses(at)csc.fi. Please note that no seats will be allocated before the registration is closed, thus requests for them cannot be fulfilled. 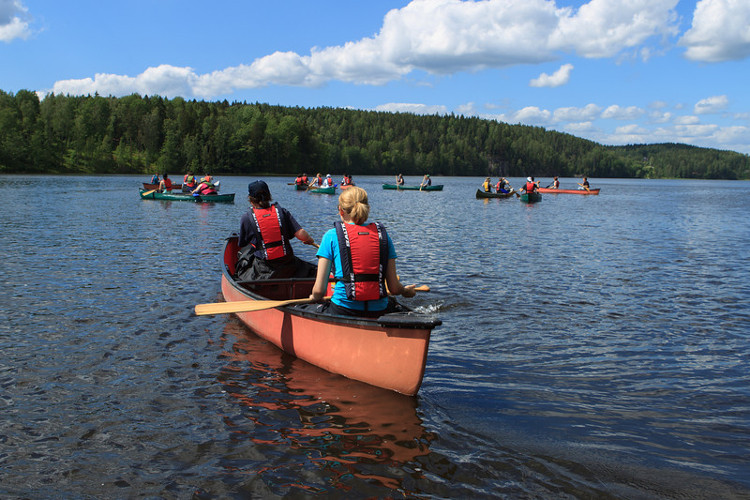 The school takes place at Nuuksio, Espoo, Finland. It is conveniently located in the Helsinki metropolitan area.  The venue is near a preservation area that resembles Finland's nature at its best. School starts on Monday June 22, 2015 and ends on Wednesday July 1. The ten days between those are filled with coding, sports & leisure activities and having good time together. Be warned, though, that at this time of the year, the sun will not set almost at all in the Nordic night!

The school is aimed for graduate students working in various fields of science, e.g., chemistry, physics, life sciences, engineering or economics. Also undergraduates as well as post-docs will find the school very useful.

Some skills to operate in a Unix environment will be assumed. No previous programming skills are necessary; however, knowledge in some programming language will ease up grasping the concepts. The first lectures in Fortran or C will begin more or less from beginning. Therefore it is possible to build up HPC expertise from almost zero up to an intermediate/semi-advanced level during the school.

The participants will get a certificate from the school that contains a recommendation to your home university to grant you 6 credits (ECTS) for the school.

The following topics will be covered:

The detailed program is available as a pdf file.

Each module will consist of lectures and related hands-on exercises. The separate exercises sessions are meant for continuing the exercises started during the modules with an instructor present. Participants need to bring their own laptops for the exercises.

Accommodation takes place in 1 and 2 person rooms with en-suite shower and toilet. Linen and towels will be provided. The single rooms will be given to those who have registered earliest to the school (i.e. allocated by the order of registration). 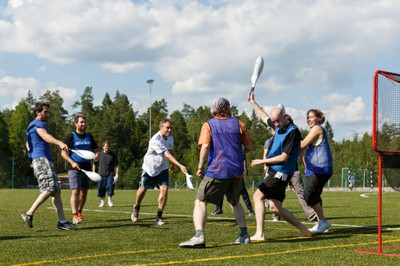 Quotes from participant feedback of the past schools:

"I learned lots of things that are useful to me and I immediately started implementing them in my work on my first day back to the office!"

"Majority of the teachers actually had surprisingly good pedagogic skills! Their attitude was great too, lecturers and tutors always did their best to help us understand and cope with the exercises, explaining things on the level that would most help the specific student. An important practicality was that there were enough breaks (and coffee...) between the lectures. For me the goal was not to be totally proficient in HPC after taking this course, but I took it as more of an introduction to the subject. I definitely learned what I wanted to, and feel now much more confident in solving some problems myself, but more importantly collaborate with actual professionals (group project was great with this respect!)."

"I felt that the amount of lectures and excises were well in balance. We had good series of exercises to clarify what was taught in the lectures, and enough time to actually work on them. Also, the teachers assistance during the exercise sessions were really helpful."

"I really think I learned a lot. And had lots of fun. First I was a bit skeptic of the exercise part of the program, but I was positively surprised on how fun they were, especially the canoeing trip and the games."

"It was just very cool, I really think that it was the most useful and interesting summer school from the ones I have visited during my study. The organization of the event was also really good."

The attendees of the past three CSC Summer Schools have given an average rating of 9.19/10.00 for the school (the average of 43 responses as an answer to the question "Overall, how would you rate the event? 1=Waste of time, 10=Excellent").